New 3D modeling and structural detailing software from TSteel 3D is the intuitive and powerful tool you need to streamline your projects and allow collaboration from start to finish. 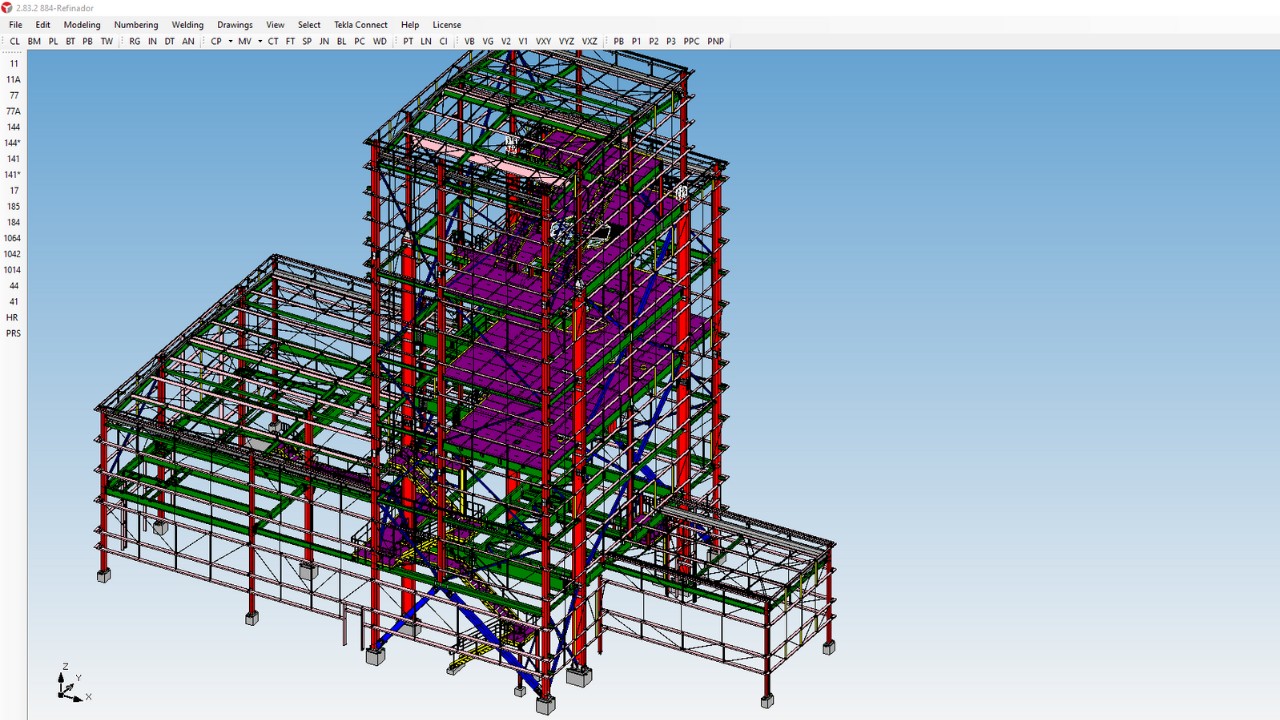 Don’t let your project get hung up on software issues and incompatibility – TSteel 3D is the multipurpose 3D modeling and structural steel detailing software you need to get your project through every stage of production smoothly!

TSteel 3D is a newly launched collaborative software solution for steel detailers and structural engineers. The 3D modeling and structural steel detailing software are IFC compliant and BIM compatible, allowing for imports and exports from other leading applications such as AutoCAD, SAP2000, and Tekla.

The newly launched software has been developed with communication, completeness, and affordability as primary goals. Compatibility with other applications and an intuitive interface are intended to increase communication among project workers and stakeholders throughout the supply chain. The software is designed to be used for every step of the process from detailing, engineering and checking, to the manufacturer and erector.

TSteel 3D is designed to handle heavy models without requiring hardware upgrades and does not require any other software licenses to run. There is also a Free Viewer version which is available for some applications such as checking and field erection.

Included with the software is a macros library for connections, base plates, and handrails which saves time and effort by speeding up the drawing process. In case you wish to implement your own macros and improvements, the software includes an API that allows additions using C#.

Originally released in Brazil in 2019 by TechSteel, this customizable and intuitive software is now being released in the US for the first time. It’s been widely successful throughout Latin America and has gone through a number of upgrades since the first release. To view the original developer’s site in Portuguese please visit https://www.tsteel3D.com

Being highly compatible across formats and easy to use, the developers aim to have parties in all stages of a project equally aware of the process from start to finish. By doing so they hope to catch errors, interferences, and improvement opportunities in the early stages of a project. This can save last-minute changes down the line, and lead to savings both financially and in productivity.

The team at TSteel takes an active interest in the use of their software and constantly strives to foster cooperation among teams and professionals that use it. If there is a use that isn’t available or could be enhanced, their support team is always ready to make modifications and improvements for you.

If you’re ready to improve productivity and streamline your projects, the experts at TSteel have the software you need to get the whole team on the same page. Don’t let compatibility issues slow you down, visit them today!

To learn more about how you can increase productivity, visit http://tsteelsoftware.com right now!

Get Maximum Marketing Visibility For Spas & Wellness Centers With This New App
How Do You Stay Together Forever? Get Science-Backed Relationship Advice Online
Mailerlite Vs ConvertKit Report Tells You Which Email Marketing Tool Is Best
Have No Fears On Video Marketing, You Will Never Have To Show Your Face On Youtube
More ...