Back in 2017, one of the internet’s quirkiest memes was born: the Perhaps meme.

Based on the 2006 animation Barnyard, the meme shows a poker-faced cow teasing a mailman. Fast forward more than a decade, and a creative Redditor thought it would be funny to caption it with “perhaps”. The original picture got removed for reasons we won’t go into here (NSFW and kinda gross, really), but the meme lived on – and spawned some of the funniest kinda-saying-yes pictures!

Here’s a selection of the top perhaps memes that are particularly enjoyable.

Perhaps you have seen the perhaps memes? 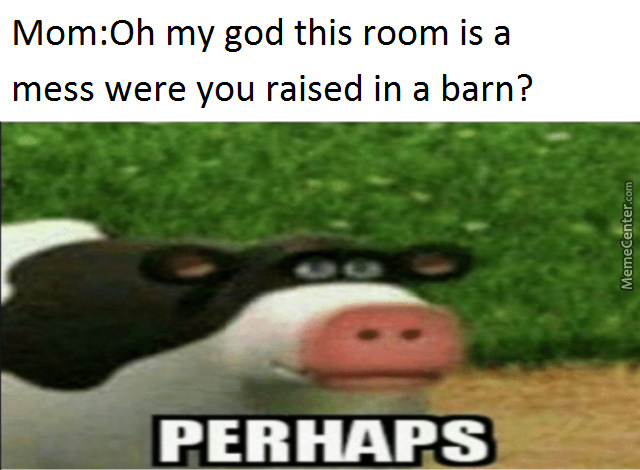 2. Nobody does that anyway (or do they?) perhaps they do 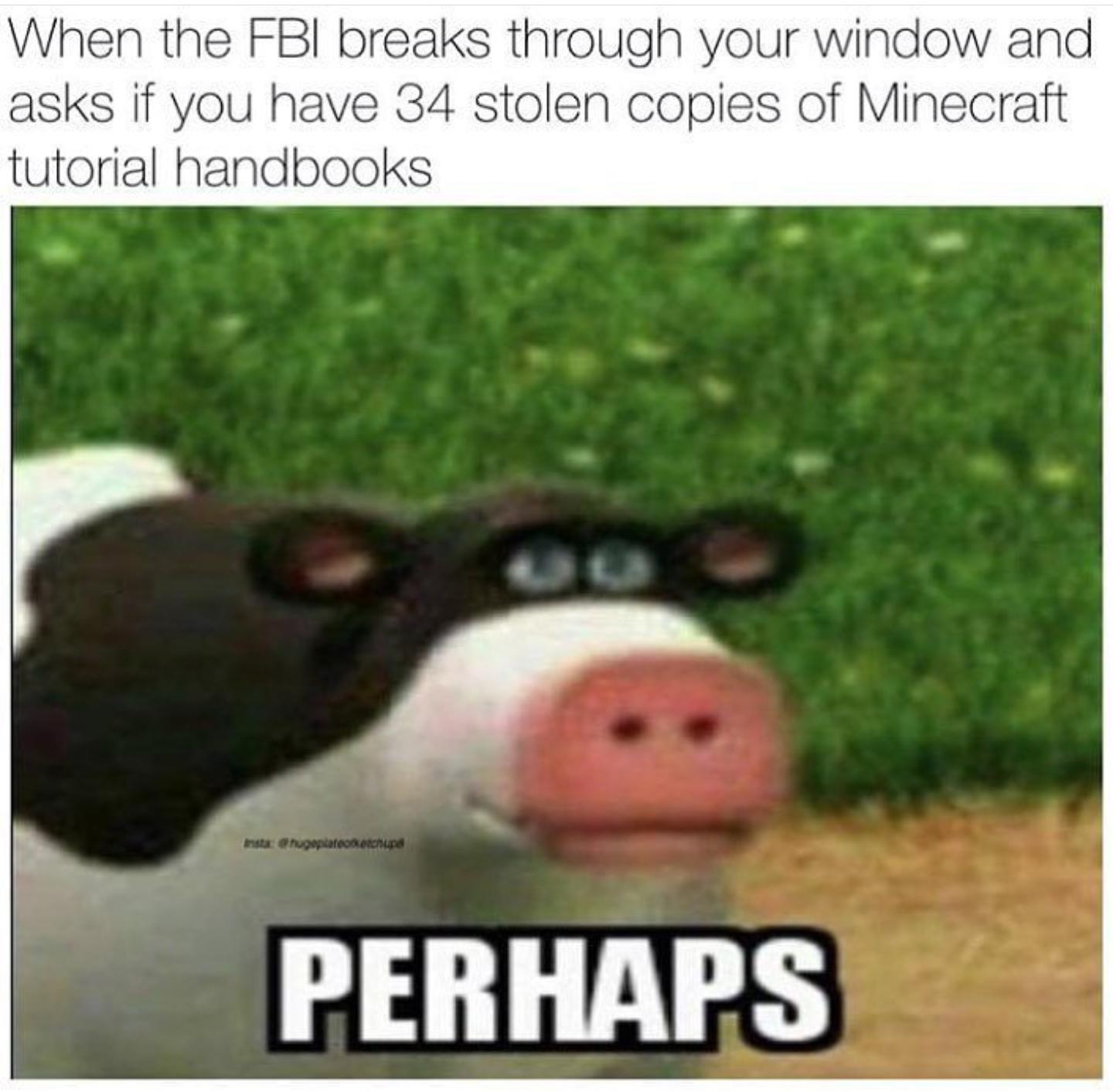 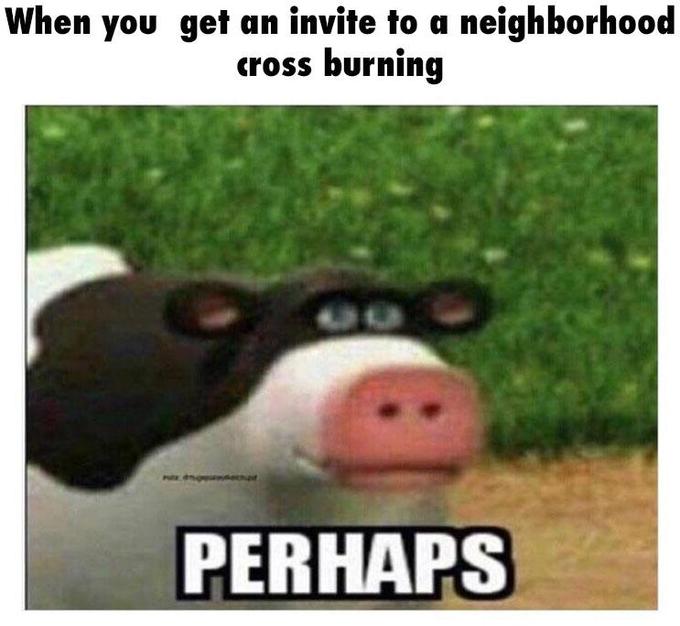 4. Nope, never lying about that. 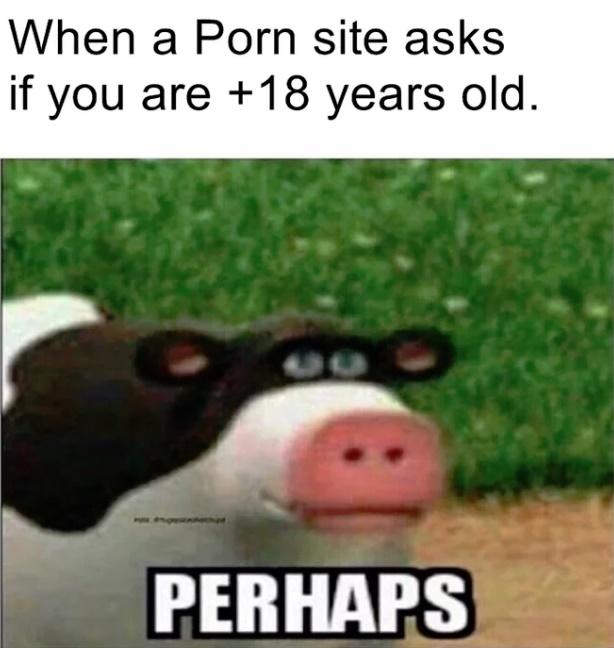 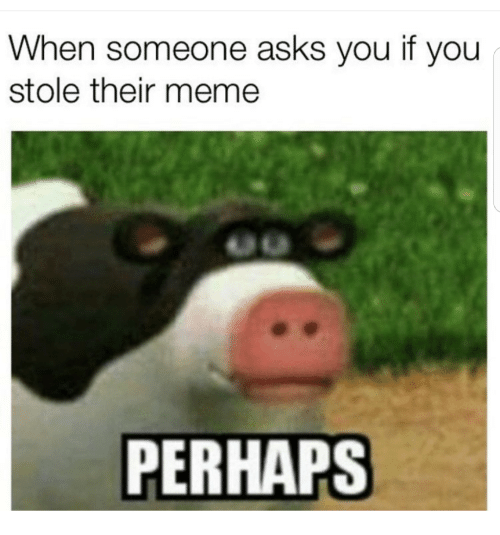 6. It can happen to anyone. 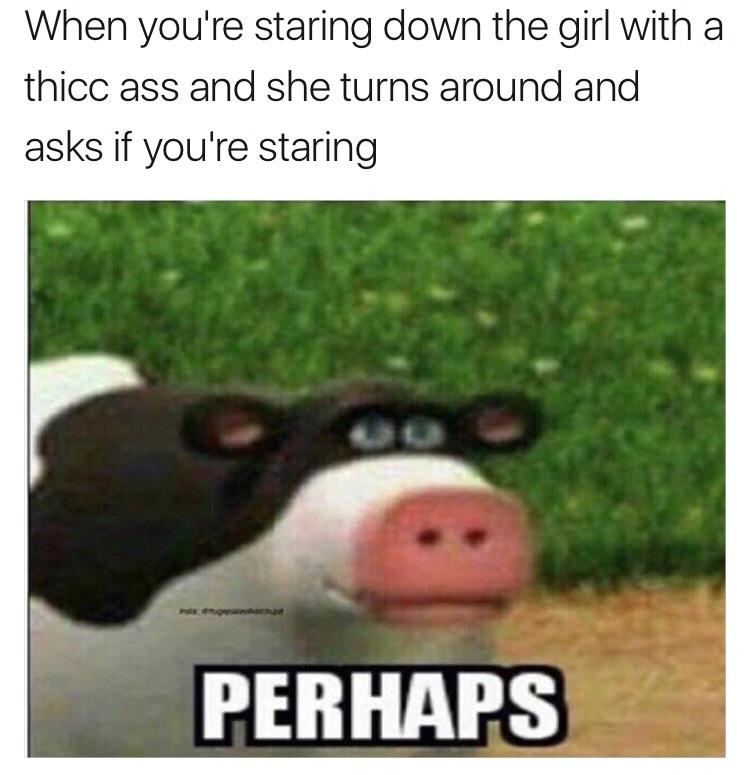 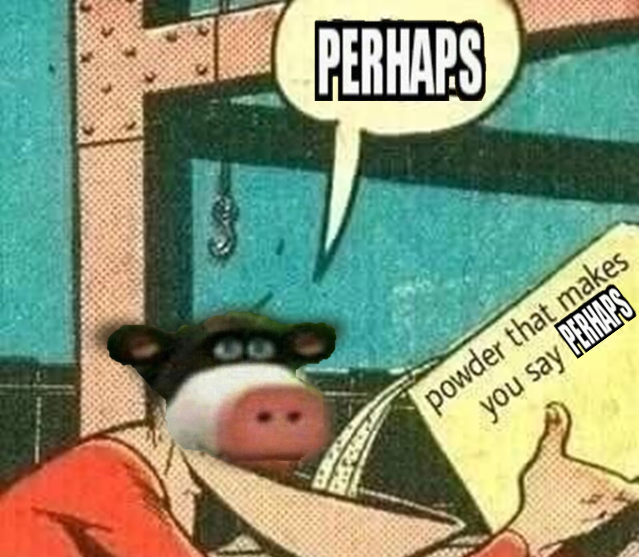 Memes are the internet’s latest form of self-expression. They can be used to portray any emotion or idea and they’re a lot of fun. Memes often consist of text, links, images, and videos that can be quickly saved and shared on social media sites like Facebook, Twitter, and Pinterest. These images might contain references to current events or popular culture. Memes are an excellent way to voice your opinion and make a point without having to spend too much time doing so.

See, rate and share the best perhaps memes, gifs and funny pics with  DailyMoss and our amazing community on our Facebook page.