When was the last time you travelled by bus? Well, with the Delhi Metro expanding its web, the number of people commuting by bus may only have reduced. But, there are still many places that the metro hasn’t reached yet. It is the humble DTC bus that many people still rely on. If it has been a long time since you haven’t hopped on for a ride, here are the things that you have been missing:

The new low floor buses in Delhi have doors that open only when the driver presses the button (yes that means only when they want). Lawfully, they should be opened only at the bus stop but if you are a pretty face in a jeans and top standing miles away from a bus stop…don’t worry! Its khul jaa sim sim at your footsteps.

These are those arrogant people who will never give up the reserved seats. And they would not do so directly but by pretending to sleep off in those seats. Reserved Seats? Kya kar loge madam?

The passengers around try their level best to put some sense into the smarty pants who is apparently drifted away from the ‘right’ path. And the result? Ah! Only a heated argument!

A public outcry is a common affair in the DTCs where everyone joins in the argument as if waiting for the moment since ages to vent out their frustrations. The government, the traffic jams, the weather…anything and everything can trigger it and then only your headphones can be your saviour.

Not all people are bad or arrogant or cocky, you will always find at least one person with a conscience who will give up their seat for someone who really needed it just because the arrogant a#s did not.

If you are a woman, you will always…ALWAYS find at least one creepy man staring at you (if not groping you).

For such creepy dudes, not all women remain silent and you will find a woman every now and then who is effectively showing the creep who dared to misbehave his rightful place.

Well, the Jhansi ki rani is not alone as she is soon joined by her Sparta army which comprises the other passengers supporting the woman and thrashing the creep (another frustration outlet).

The bus is so crowded with no space to even stand becomes a bag of opportunities for the pick pockets and petty thieves of the city.

These are the random people who will pass comments on how the ‘Kalyug’ has descended on Earth. The lost wallet, the arrogant people talking back to the elders, the creeps misbehaving with women, all the evil in the world exist only because of this ‘Kalyug’. 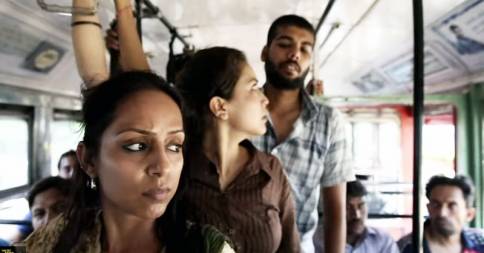 These are the retired old men boasting about their hay-days sitting comfortably in the seat while you struggle to find a place to stand properly and breathe at the same time.

These are the times you feel standing was perhaps a better option. People standing next to your seat dropping their heavy bags onto your lap, is the price you pay for having a seat.

Another common sight you’d see in DTCs are Women using their bags as shields in all imaginable manners against any man standing next to avoid their touch in the crowd.

The sole source of entertainment for almost all the people standing is passing the money from passengers in the front to the conductor and then the ticket back to the passenger. It is not rare when the tickets get all mixed up and the three people who passed Rs 5 each for their ticket end up having to tear the one Rs 15 ticket they got instead, into three equal parts for themselves. 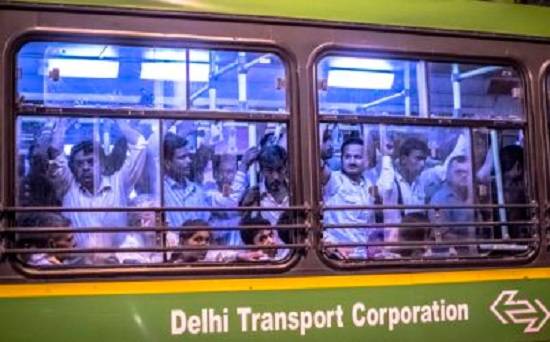 When you travel in the DTCs, you’ll always find ticket checkers moving through the bus like underworld mafias. They move through passenger by passenger, meticulously checking every ticket until they find the culprit travelling without ticket. They show no mercy, with a cold killer like demeanour, take the culprit in custody, ignoring all pleads. The bus moves on while all passengers look back wondering about the fate of the wrong-doer. 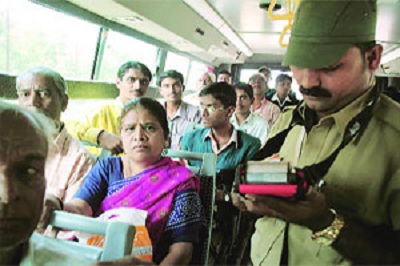 Follow @DailyMoss
Homepage » Fun » 15 Things You Will Come Across While Travelling By DTC Buses. #9 Is So Funny And True.